Ugandan MPs receive over $29,000 each for official vehicles 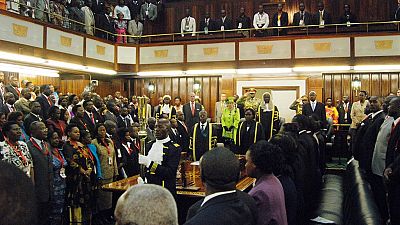 Members of Parliament (MPs) in Uganda have each received 100 million shillings ($29,000) as part of a tax-payer funded scheme to acquire official vehicles.

The Parliamentary Commission (PC) transferred the said amount to the MPs on a day the Constitutional Court was expected to deliver a ruling on a petition challenging the move, Uganda’s Daily Monitor reports.

The news portal further noted that the monies transferred were not budgeted for in the 2016/2017 financial year but the speaker of the parliament, Rebecca Kadaga, took a decision to suppress other expenses to raise money for the vehicles.

Uganda: daily monitor report that MPs have been given the controversial sh100mill each to purchase a vehicle pic.twitter.com/QA3ueAdm4a

‘‘The money for the MPs’ vehicles was not budgeted for on grounds that the Parliamentary Commission had ‘overshot’ its budget ceiling,’‘ the website stated.

Mr Chris Obore, the Parliament’s director of communication and public affairs, is quoted to have said: “I am not surprised because Finance had promised to release the money by October.

Local media reports that the ruling of the petition challenging MPs vehicle grant failed to take off at the Constitutional Court on Tuesday because the presiding judge, Richard Buteera’s transcribing machine could not reproduce the last court’s record of proceedings (October 4).

“I was unable to write my judgment because our transcriber could not do anything to the previous court proceedings since the recording machine could not show them,” Justice Buteera said.

The judge ordered parties in the case to re-do their final submissions to enable him write his judgment. The final judgment is expected to be delivered on October 27.