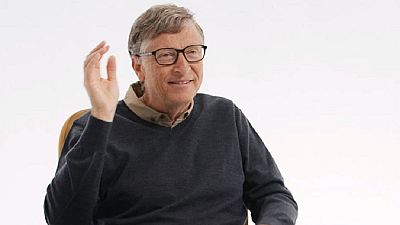 The world’s richest man, Bill Gates, has disclosed his delight at key advancement in the fight against malaria in sub Saharan Africa.

An article he posted on his blog titled ‘So Long, Sucker – Mapping the End of Malaria,’ chronicled the concrete efforts at eradicating the mosquito borne disease on the continent. His article was based on research findings by ‘The New England Journal of Medicine.’

He spoke about his visits to Africa and how the harsh effect of malaria was seen right through the infrastructure deficit and the sad state of sufferers. He spoke about the pain of seeing a child experiencing cerebral malaria, and the accompanying ‘‘horrible seizures.’‘

Today, this is no longer a lonely fight. More than 50 countries have joined together to mobilize billions of dollars through The Global Fund. And these resources are coming not just from wealthy countries.

‘‘As a parent, these memories will stay with me for life. That’s why it gives me great joy to share a new report published today in The New England Journal of Medicine. Rigorous new data show that the malaria death rate in sub-Saharan Africa has declined by a stunning 57% since 2000.

“With almost 500,000 children still dying of malaria every year, we obviously have a long way to go. But cutting the death rate by more than half is a miracle. It’s one of the greatest success stories in the history of global health,’‘ Gates wrote.

The malaria death rate in sub-Saharan Africa has dropped by a stunning 57% since 2000. This progress is no accident: https://t.co/3nbtr4ZhuF pic.twitter.com/rcIQyDv1Wg

According to him, the successes were down to a commitment by rich and poor countries alike to tackle the malaria issue. He hailed the efforts of Tanzania in the area of fighting the disease.

‘‘I remember visiting Tanzania years ago during the rainy season and seeing overflowing hospitals. When I went back years later, there were almost no children in the wards.’‘

He further disclosed plans together with the United Nations (UN) to eradicate malaria by 2040. He also spoke about increased investment in seeking vaccines and other scientific outlets to increase the fight and to achieve the dream of a world free of malaria.

Malaria no longer a lonely fight

The CEO of Microsoft and his wife Melinda Gates in 1999 established the Malaria Vaccine Center, ata a time when ressources for the fight against the disease was on the decline.

But as of today, through the Global Fund intiative – fight against AIDS, Tuberculosis and Malaria – over 50 countries had joined fund raising efforts to mobilize funds to fight malaria.

‘‘Today, this is no longer a lonely fight. More than 50 countries have joined together to mobilize billions of dollars through The Global Fund. And these resources are coming not just from wealthy countries.

‘‘African countries such as Benin, Côte d’Ivoire, Kenya, Namibia, Nigeria, Senegal, South Africa, Togo, and Zimbabwe are contributing as well. In fact, African countries are now, for the first time ever, mobilizing more of their own resources for malaria than they’re receiving from donors,’‘ he added.