Nigeria: Shi'ite Muslim sect has been banned in Kaduna State 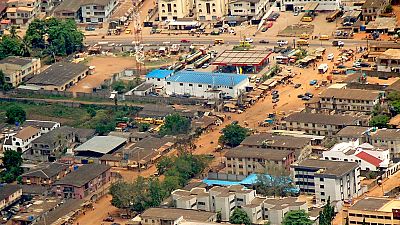 A minority Shi’ite Muslim sect has been declared an unlawful society on Friday by Kaduna, a northern state in Nigeria.

The Kaduna state government said anyone convicted of being a member of the Islamic Movement in Nigeria could be imprisoned for seven years, fined or both however,the amount of the fine was not indicated.

In the public statement made on Friday, the Governor of Kaduna state, Nasir El-Rufai said that the sect was a threat to Nigeria.

The sect became known when its members clashed with the army in the northern city of Zaria, Kaduna state, in December.

348 of the sect’s members were allegedly killed by the army following a judicial inquiry in August.

The Nigerian army often accused of abuses against civilians,however maintains that its troops responded appropriately against those they described as “ State’s criminal enemies” and denies the massacre charges.

The head of the sect, Ibrahim Zakzaky, jailed several times in the past, is once again in custody. Injured after clashes with the army, he is partially paralyzed and lost an eye.

The authorities of the state said the group had “overtly continued with unlawful processions” and “obstruction of public highways” since the clashes.

“These acts, if allowed to go unchecked will constitute danger to the peace, tranquillity, harmonious coexistence and good governance of Kaduna state,” it said, declaring the group unlawful with immediate effect.

Members of the sect are among the several thousand Shi’ite Muslims whose movement was inspired by the 1979 Islamic Revolution in Iran.

The majority of the tens of millions of Muslims in Africa’s most populous nation of 180 million inhabitants are Sunni – including the Boko Haram militants who have killed thousands in bombings and shootings mainly in the northeast since 2009.