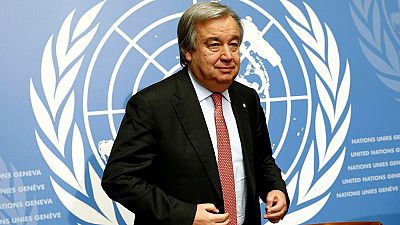 The Elders, a group of global leaders working for peace and human rights, chaired by former United Nations Secretary-General Kofi Annan have welcomed the nomination of António Guterres as next Secretary-General.

We welcome the nomination of António Guterres as next #UN Secretary-General https://t.co/m5LilJrwLC #UNSG pic.twitter.com/pOwVKgQtxg

António Guterres who is a former Portuguese prime minister and head of the UN refugee agency, was unanimously chosen by the UN Security Council on Thursday out of 13 candidates with seven being women.

I am delighted by the outcome of the Council’s selection process. António Guterres is a highly-qualified candidate who is well-prepared for the many daunting challenges he faces.

The Elders which includes former president of the United States Jimmy Carter and former freedom fighter and first Education Minister of Mozambique,Graça Machel, had said that it was time for a woman to be Secretary General after 70 years.

This position was also taken by the outgoing UN Secretary-General Ban Ki-moon who said it was time for a female to head the job after eight male leaders.

“I am delighted by the outcome of the Council’s selection process. António Guterres is a highly-qualified candidate who is well-prepared for the many daunting challenges he faces,” Kofi Annan said in a statement on Thursday on behalf of the group.

“He will need the firm support of the Security Council as well as the wider membership of the United Nations to help him fulfil his mandate in these challenging times,” the statement added.

Among the disappointed female candidates for the position included former prime minister of New Zealand, the director general of Unesco, the Moldovan deputy prime minister and a senior EU official.

António Guterres will be confirmed in a formal vote at the council before going to the General Assembly.