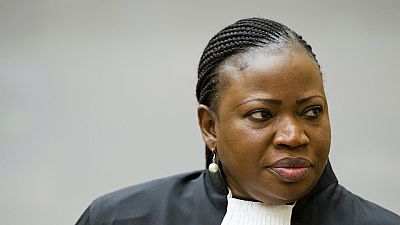 The International Criminal Court (ICC) said on Thursday it had begun a preliminary examination into the situation in Gabon at the request of the country’s government.

The ICC prosecutor, Fatou Bensouda, said in a statement that she would review available information before deciding whether to open a formal investigation.

“My Office will examine information regarding crimes allegedly committed by any groups or individuals involved in the situation.

“Where a referral is accompanied by supporting documentation that identifies potential perpetrators, my Office is not bound or constrained by the information contained therein when conducting investigations in order to determine whether specific persons should be charged.

After careful analysis of all available information, I shall make a determination that will be made public in due course,” Bensouda’s statement read.

The Bongo family has ruled the oil-producing central African country for nearly five decades. The incumbent Ali Bongo won elections in 2009 to replace his father Omar Bongo who had ruled for over three decades.

Ali Bongo was sworn in for a second term on Tuesday. His narrow and disputed victory in August elections sparked violent protests. The country’s national assembly was burnt down on the evening he was declared winner.

The court however affirmed the election of Bongo, a decision Ping refused to accept. He named his ‘government’ on Thursday insisting that he was the winner of the August 29 polls.

The Gabonese Republic is a State Party to the Rome Statute, and as such, the ICC has jurisdiction over genocide, crimes against humanity and war crimes committed on the territory or by nationals of Gabon since 1 July 2002, the date when the Statute entered into force in Gabon.