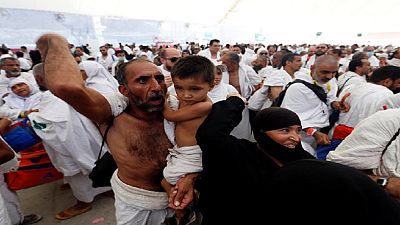 Thousands of Muslims carried out the “stoning of the devil” ritual on Monday to mark the beginning of Eid al-Adha celebrations which is the end of the annual hajj season.

Pilgrims threw pebbles they had gathered in nearby Muzdalifah on Sunday evening at walls representing the devil.

A few who spoke to Reuters journalists said the hajj season teaches many to be patient in life.

“Of course it (stoning day) teaches me to be patient and it is a great day in all Islamic history and it teaches patience. Patience is the most important thing that someone learns from hajj. To be honest, they are organising the situation (hajj) well compared to any other year. The situation is really good and I feel really happy.”

The stoning ritual is performed three times over the coming days. The first comes at the start of Eid al-Adha, the feast of sacrifice, at Islam’s holiest site. It is marked by more than 1.5 billion Muslims worldwide.

“Transporting pilgrims from all venues is well organised and all the campaigns are held at specific times and this made it easier to go around the venues.”

Authorities redesigned the Jamarat area after two stampedes, one in 2004 and one in 2006, killed hundreds of pilgrims, and the frequency of such disasters has been greatly reduced as the government spent billions upgrading and expanding hajj infrastructure and crowd control technology.