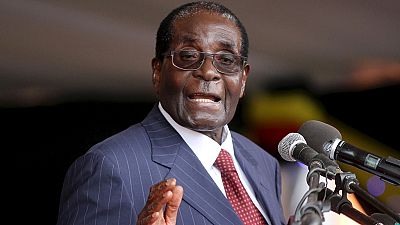 Speaking to the ruling party Zanu-PF’s youth assembly on Saturday, Mugabe said with the recurrent violence during demonstrations, judges paid “reckless disregard to the peace of the country,” local media The Sunday Mail reported.

In a public notice issued on Thursday, the Zimbabwean police announced a two-week ban of all demonstrations in the capital Harare explaining that “they lack the capacity to contain any public disorder during public demonstrations”.

Since June this year, Zimbabwe has experienced a series of protests against the economic policies of the government. Many people have been arrested and others injured in the demonstrations marked by violence as police fire tear gas to disperse the protesters.

Social media activists on Wednesday called for a shutdown to protest against police brutality, yet it didn’t gather momentum as people went about their normal duties.

“Social media should never be used negatively…We should remain clean, clean, clean. I am happy that the Ministry of ICT, Postal and Courier Services is crafting a law to guide the proper use of social media,” Mugabe told Zanu-PF youths.

The government has announced a draft law put together to penalize “abusive” usage of social media. The law which spells out a five-year jail term targets social media activists who are described by the government as cyber terrorists.