Over 500 people in the Democratic Republic of Congo have been killed by a cholera outbreak since the beginning of the year, while aid agencies are stepping up efforts in the Central African Republic in response to a recent cholera outbreak to prevent the disease from spreading that has claimed 150 lives.

In the DRC, the World Health Organization is preparing the launch of a vaccination programme in capital city Kinshasa, targeting some 300 000 people living in the most risk-prone parts of the city.

Cholera is endemic in DRC, but usually only affects the east of the country.

This time however, the acute diarrhoeal infection has spread west along the Congo river and has reached Kinshasa for the first time in five years.

The WHO has expressed concern about the spreading of the disease in unusual places, as health workers there are not used to dealing with cholera cases.

Some 18 000 have been reported to be infected across the country. 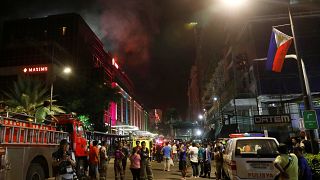