Kenya pledges $5m to the Global Fund to fight TB, AIDS and malaria 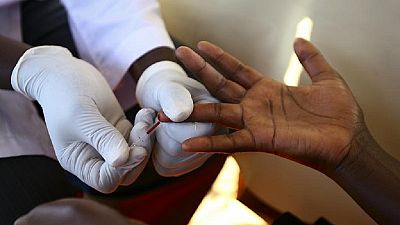 President Uhuru Kenyatta disclosed the contribution at a side event at the Sixth Tokyo International Conference on African Development (TICAD) in Nairobi. He said it was time for all global health partners to work together to fight diseases and to accelerate the attainment of universal health coverage in Africa.

“In the spirit of solidarity and shared responsibility, my government is committing these resources,” President Kenyatta said.

The funds, which will be invested in prevention and treatment of diseases and in building health systems, will save lives and create more inclusive and thriving communities.

“The funds, which will be invested in prevention and treatment of diseases and in building health systems, will save lives and create more inclusive and thriving communities,” he added.

Local media reports that in 2015, Kenya pledged $2.6 million (approx. Sh262 million) to the fund. The country is a major recipient of global fund support in provision of antiretrovirals (ARVs) and mosquito nets.

Mark Dybul, Executive Director of the Global Fund, thanked President Kenyatta and the people of Kenya for the funds, saying the contribution underlines Kenya’s status as a leader in global health in the region.

“Kenya’s new commitment to the Global Fund is a demonstration of outstanding leadership in global health and development.

“Kenya is leading the way in showing that middle- and low-income countries can invest strongly together with high-income countries to create adequate resources to end HIV, tuberculosis and malaria as epidemics while building sufficient systems for health to accelerate progress toward universal health coverage in Africa,” he emphasized.

Global Fund’s fifth replenishment program is scheduled to be held in Montréal, Canada, on 16-17 September 2016.

About the Global Fund

The Global Fund is a 21st-century partnership designed to accelerate the end of AIDS, tuberculosis and malaria as epidemics.

As a partnership between governments, civil society, the private sector and people affected by the diseases, the Global Fund mobilizes and invests nearly US$4 billion a year to support programs run by local experts in more than 100 countries.

By challenging barriers and embracing innovative approaches, they ensure relevant stakeholders work together to better serve people affected by the diseases.