Burundian journalist recognized for braving the conflict to report the news 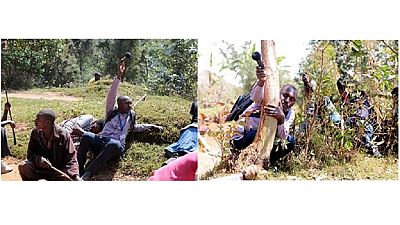 Despite the conflict and threat to media freedom, Burundian radio journalist Eloge Willy Kaneza has risked his life to report the news from the troubled country ranked 156 out of 180 countries in the 2016 World Press Freedom Index.

34-year-old Eloge Willy Kaneza has been named the 2016 Peter Mackler Award recipient for his commitment to asserting the right to air his stories where independent media is under threat.

“Not only does Eloge Kaneza embody the journalistic values the Peter Mackler Award (PMA) seeks to honor, he and his colleagues have also found creative ways to push back on repression using online technologies,” the Project Director of PMA, Camille Mackler said.

His work with the collective is notable for its creativity in circumventing the restrictions that otherwise curtail accurate reporting in the country.

After the 2015 attempted coup in Burundi, the media suffered from the President Nkurunziza’s closure of all independent radio stations in the country for “enabling the coup plotters”.

While reporters were fleeing the country for fear of being arrested, Eloge Willy Kaneza joined others to stay in Bujumbura to continue reporting on social media.

Eloge Kaneza, who stayed home in Bujumbura, became the only public face and the essential local link for the online news network eloquently baptized SOS Media Burundi, PMA said on its website.

SOS Media Burundi published local information on Facebook, Twitter and SoundCloud anonymously and in isolation moving from one Wi-Fi hotspot to another as they discussed on WhatsApp.

“Equipped with smartphones, its journalists report what they see in their neighborhoods, covering violence against civilians, arbitrary arrests and shelling,” PMA explained.

Kaneza, who is not anonymous among the collective, has furnished international media with objective information from trusted sources from both the government and opposition as well as the security services.

“His work with the collective is notable for its creativity in circumventing the restrictions that otherwise curtail accurate reporting in the country … As one of the named reporters of this otherwise anonymous collective, he is a role model whose courage deserves recognition,” Louise Roug, a member of the PMA advisory board said.

The Peter Mackler Award was founded in 2008 by family and friends of Peter Mackler who wanted to continue his work upon his passing. Mackler was a chief editor of AFP who has covered conflicts extensively.