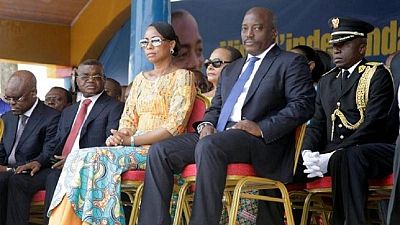 The Electoral body in the Democratic Republic of Congo (DRC) on Saturday disclosed that presidential elections in the country will be delay until at least July 2017.

The Independent National Electoral Commission (CENI) cited lack of funding and delays in voter registration as the major factors behind the postponement.

This announcement effectively means that incumbent President Joseph Kabila will stay in power beyond the end of his constitutional two terms which expires in December this year.

The issue before us today in Congo is how to reconcile the electoral cycle ... with the technical constraints we face.

A CENI boss, Corneille Nangaa told political party representatives in the capital Kinshasa that a campaign to register some 30 million voters that started in March was expected to be completed in 16 months.

“The issue before us today in Congo is how to reconcile the electoral cycle … with the technical constraints we face,” he said.

This revelation has however been met by different reactions from various quarters. According to his opponents, Kabila is seeking to extend his term in office by postponing the polls.

A court had ruled that if the country fails to organize elections later this year, the incumbent Joseph Kabila could stay on as president. Even though he has yet to make known any ambitions to run for an ‘unconstitutional’ third term, there has been pressure from home and abroad calling on him to step down at the end of his tenure.

Kabila has ruled the country for the past 15 years following the assassination of his father Laurent Kabila.

Whenever elections are held it would be the first democratic transition in the war torn country.