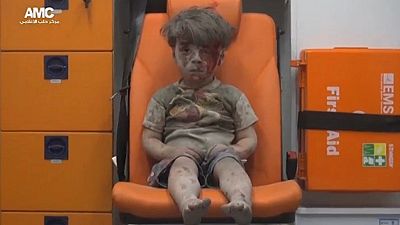 The image of a 5-year-old Syrian boy caught in the middle of the ongoing crisis in the country has gone viral on social media platform, Twitter.

The bloody eyed boy is shown seated in an ambulance after he was rescued from a rubble. He is covered with dust and has a bloody eye. His clothes and visible parts of his body also have blood spluttered all over them. 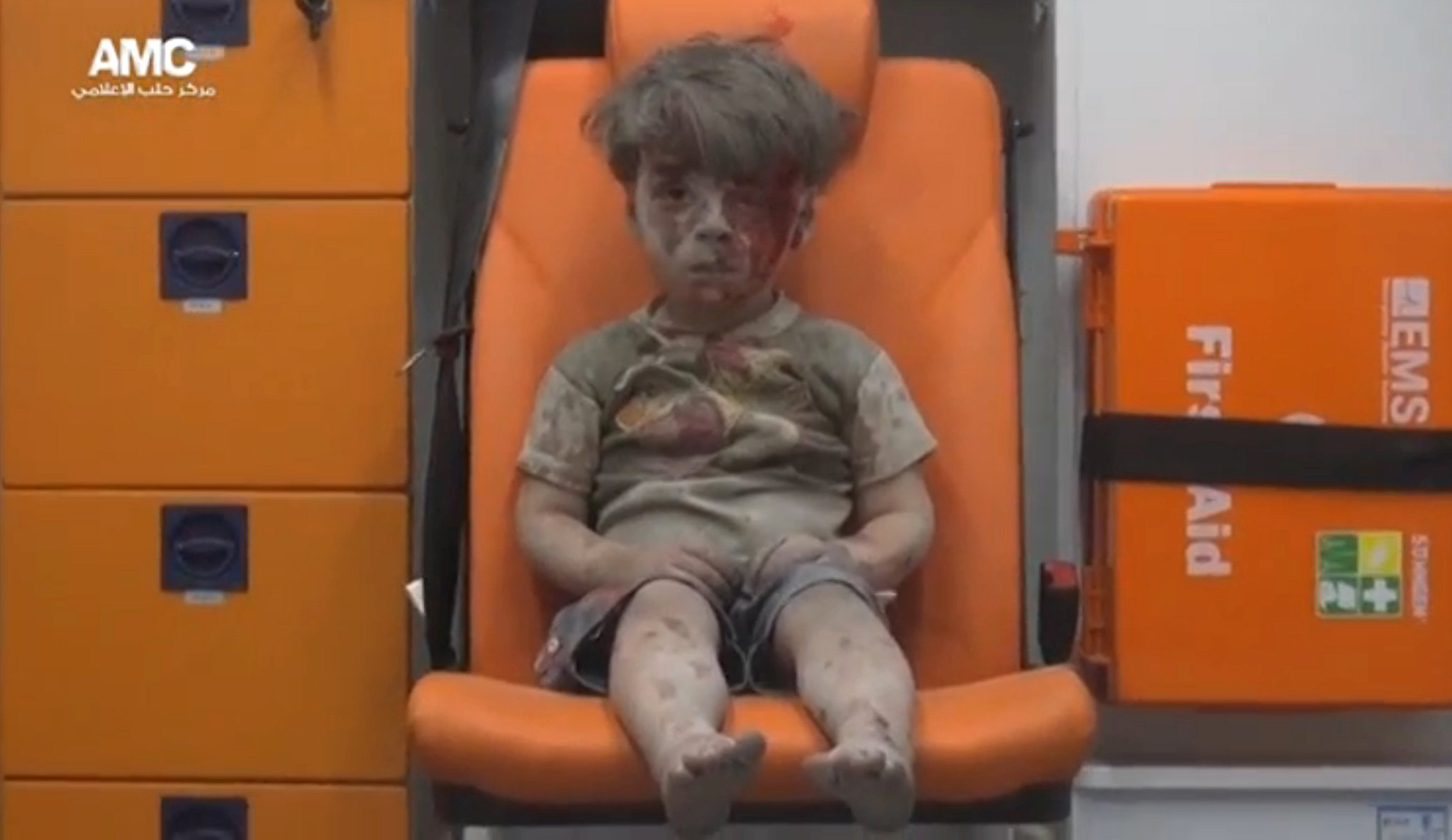 According to the Daily Sabah news portal, the boy was identified by doctors in Aleppo as Omran. Medics say he was treated for head injuries after the recuse in the restive northern Syria region of Aleppo after an airstrike.

News outlets and individuals continue to share Omran’s image on social media expressing outrage whiles activists have used it as a rallying point to mount pressure for international efforts to be stepped up to deal with the crisis in Syria.

this boy has been haunting me all day.
he was just pulled from the rubble of Aleppo after a Russian airstrike. pic.twitter.com/U02GoUqnCW

I don't care if I am crying in public on the train. I care that about this & all the scenes like this we don't see. https://t.co/3iDXuVxHnV

This boy in the ambulance injured in Aleppo last night is a symbol of our collective moral failure on Syria. aiww pic.twitter.com/kgZj4SkrQI

This poor boy looks like my son. “The stunned, bloodied face of a child survivor sums up the horror of Aleppo” https://t.co/qyoV554XLf

The face of a wounded little boy captures the profound horrors of #Aleppo where war crimes are the 'new normal'#ICC pic.twitter.com/RolKE6u16x

In the video posted late Wednesday by the Aleppo Media Center, a man carries the boy away from the rubble following an airstrike on the rebel-held district Qaterji. The boy is placed in an ambulance and later wipes the blood from his face.