The Eastern Africa debt stocks have risen rapidly over the past five years, but debt ratios appear to remain manageable, according to the Economic Development in Africa 2016 Report on “Debt Dynamics and Development Finance in Africa” which was released in July in Nairobi.

Between 2011 and 2014, the annual growth rate of external debt in Eastern Africa has been higher at 13.3% than the average for Sub-Saharan Africa at 9%.

However, the debt levels are still sustainable, with only two countries in the region Burundi and Djibouti currently being deemed at high risk of debt default, according to a recent evaluation of the joint World Bank and International Monetary Fund Debt Sustainability Framework.

The report further estimated that an additional 600 billion USD is needed in Africa every year until 2030 in order to achieve the Sustainable Development Goals.

The body has now suggested to the East African countries to stem out illicit financial flows in order to increase domestic resource mobilisation. 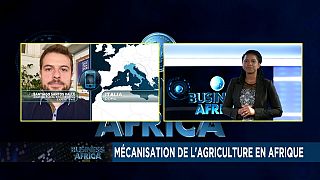 Plans to mechanize agriculture in Africa

Plans to mechanize agriculture in Africa