Halt all disputes in the spirit of the Olympics, Ban Ki-moon appeals 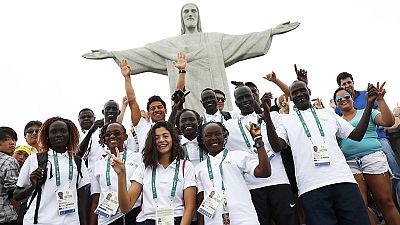 The UN Secretary General Ban Ki-moon has appealed to the world to lay down their weapons and put aside their differences during the Rio Games in August.

“I call on the world to observe the Olympic Truce by ceasing all hostilities during the Olympic and Paralympic Games 2016 to be held in Rio de Janeiro,” Ban said on Friday.

He called his appeal a ​challenge and recognized that such an ambitious goal may seem unattainable.

“I call on the warring parties to work as hard to lay down their weapons on the battlefield for the athletes to win medals.”

He acknowledged the International Olympic Committee’s unprecedented move of creating a refugee Olympic team including five South Sudanese athletes who will be participating in Rio de Janeiro.

Ban Ki-moon praised the memory of boxing legend and Olympic champion Muhammad Ali whom he wanted the world to follow in preaching peace by laying down all weapons seven days to the Olympics and after the Olympics.

“May the serenity brought by the Olympic flame stop the disputes,” he said.

Ban Ki-moon calls on all to lay down weapons & put aside differences ahead of #Rio2016 Olympics - #OlympicPeacehttps://t.co/seoXy1SgMO