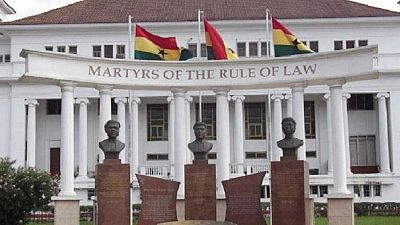 Ghana’s Supreme Court on Wednesday jailed two radio panelists and a journalist who threatened the lives of judges. The three are to spend four months behind bars and ordered to further pay GH¢10,000 (equivalent to $2,500)

The panelists, Alistair Nelson, Godwin Ako Gunn and host of the show on local radio network Montie FM, Salifu Maase were found guilty of contempt charges relating to death threats on the lives of two Supreme Court judges, one of the judges being the Chief Justice Georgina Theodora Wood.

The court further ruled that failure to pay the fine by Thursday July 28, will attract an additional month’s jail sentence.

We have latitudes as media practitioners in the course of our practice but we have to know that there are legal landmines and potholes which we should not fall into.

Owners of the radio station were jointly fined GH¢30,000 ($7,600) an amount they are expected to pay by close of day Thursday. A famous sports administrator, Harry Zakour, who owns of the frequency was also separately fined GH¢30,000.

The apex court has been lauded for putting members of the media landscape in check with its sentencing especially with the increasing rate of foul language on the airwaves as the political season heats up.

Reacting to the ruling, President of the Ghana Journalist Association (GJA) Affail Monney emphasized that albeit the GJA was not happy with the jail term handed to the journalist and the two panelists, it provides a lesson for media practitioners.

“We are bleeding now because some of our people are going to jail, but we have to move on and do what is right.

“We have latitudes as media practitioners in the course of our practice but we have to know that there are legal landmines and potholes which we should not fall into,” he cautioned.