Central African Republic’s healthcare system is reported to be in dire condition after being affected by conflict in the region since 2013.

According to reports, people living with HIV in the country have struggled to gain access to medical care.

Insecurity has been blamed for bringing HIV testing and treatment provision to a halt, where only 1 out of 4 people have access to treatment.

Dominique Kouadio, project co-ordinator of the MSF health post says, “We have certain cases of patients who might have the HIV virus, so we suggest that they take a test, we direct them to the psychosocial team, who give them pre-test counseling. If they agree and they are positive, we send them to another hospital, like the Hospital Communautaire, where we then start them on treatment.”

Before bouts of violence broke across the country in 2013, CAR had one of the lowest HIV treatment coverage.

The MSF has called on an urgent action plan to address the critical lack of HIV treatment in CAR. This comes on the back of a global AIDS conference currently underway in South Africa. 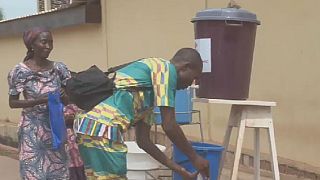