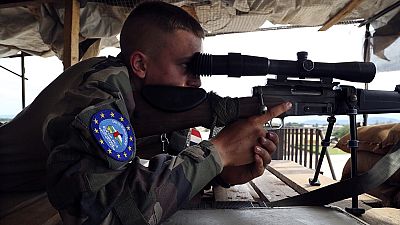 The European Union has announced the launch of a two-year military training mission in the Central African Republic to be based in the capital Bangui.

The European Union Council said in a statement over the weekend that the mission which will be led by a French commander, General Eric Hautecloque-Raysz, will “contribute to the EU’s comprehensive approach and security sector reform in the country”.

The mission is expected to provide training and education to the central African country’s army as well and officers respectively. Also, staff of the country’s Ministry of Defence will be provided with strategic advice, the EU added.

The Central African Republic has suffered civil war between 2013 and 2015 while French intervention and the deployment of 12,000 MINUSCA peacekeepers helped reduce the violence.

France announced the end of its Operation Sangaris in the country reducing its soldiers to 350 men from 2500.