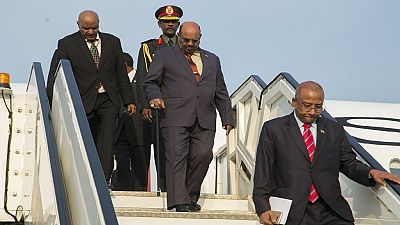 In the lead up to the Kigali Summit, the presence of Omar al-Bashir was a topic of discussion because he is being sought by the International Criminal Court (ICC) on charges of war crimes and crimes against humanity.

But Rwanda’s Foreign Minister stated categorically that the Sudanese leader has been invited by the AU to attend the Summit and Kigali would therefore welcome and host him like any other African leader. Rwanda has no ties with the ICC and is not obliged to obey instructions from the court.

Anybody invited by the AU will be welcomed and hosted. President Bashir is among African leaders, duly invited and we'll host him

‘‘Anybody invited by the AU will be welcomed and hosted. President Bashir is among African leaders, duly invited and we’ll host him,’‘ Louise Mushikwabo said in a tweet.

African leaders started arriving in the Rwandan capital since Friday afternoon through to Saturday for the AU Heads of State meeting which would wrap up the Summit that started Sunday July 10.

At the heart of the Heads of State meeting, the AU would launch the African passport initiative and also elect a new chairperson for the continental body because the current chairperson Dr. Dlamini Zuma of South Africa has said she is quitting the post.