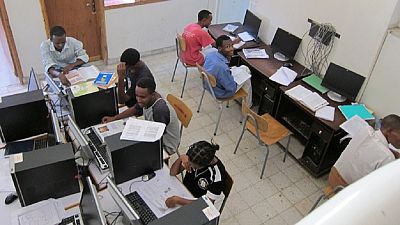 Ethiopia has blocked social networking sites in the country since Saturday to prevent leakage of university entrance examination to be held next week.

“This is a temporary measure until Wednesday as the social networks serve as a distraction to the students,” the government spokesman, Getachew Reda told AFP.

Last month, questions for the top examination were posted on social networks causing a national scandal leading to the cancellation of the entire exam.

This is a temporary measure until Wednesday as the social networks serve as a distraction to the students.

The blockade has been criticized by Ethiopian internet users who have found a way around the ban by using the VPN (virtual private networks).

“This is a dangerous precedent. There is no transparency about who took the decision and for how long. This time it is for a few days, but next time it might be for a month,” Daniel Berhane, a blogger and the creator of the influential website “Horn Affairs” told AFP.

He added that they believe the Ethiopian authorities are seeking to test new internet filtering tools and also the reaction of the public.

Problems of accessing social networking sites had been reported in some localities of the Oromo region during the anti-government protests, but blocking all sites nationwide is unprecedented in the country.

The UN Human Rights Council passed a resolution last week considering the restrictions of internet access as a violation of human rights. This was a few days after the election of Ethiopia as a non-permanent member of the UN security Council for a two year term. 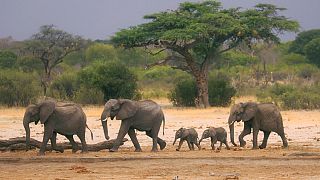