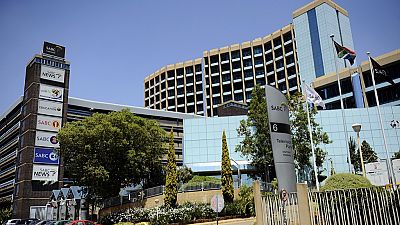 Controversy surrounding the ban on coverage of protests by South African public broadcaster, SABC, has deepened as its Acting CEO, Jimi Matthews resigned on Monday morning for being “complicit in many decisions”.

The SABC came under heavy criticism in May when it announced that it would no longer cover “violent protests” in its news bulletins.

The decision got them dragged to a Independent Communications Authority of South Africa (ICASA) hearing to answer to censorship allegations against them filed by three media advocacy bodies.

What is happening at the SABC is wrong and I can no longer be part of it.

The Acting CEO, Jimi Matthews, who complied with the directive said in his resignation letter posted on his Twitter page that “For many months I have compromised the values I hold dear … In the process the prevailing corrosive atmosphere has impacted negatively on my moral judgment and has made me complicit in many decision which I am not proud of.”

He categorically condemned the new coverage policy in his letter and apologised for letting people down by “remaining silent when my voice needed to be heard”.

“What is happening at the SABC is wrong and I can no longer be part of it,” he ended his letter.

I have quit the SABC. pic.twitter.com/ZIwa7K5z9c

Last week, three senior journalists of the company were suspended for “disagreeing with an instruction during a diary meeting not to cover a campaign protest against censorship at the public broadcaster”.

The South African Communist Party called for their immediate reinstatement adding that the SABC decision “clearly exposes manipulation of news from within which is very bad for their image and credibility”.

The legal representative of SABC, Advocate Bantubonke Regent Tokota SC, has said at the hearing that the broadcaster had a responsibility to edit its reportage to protect children from viewing dangerous behaviour they might imitate and to discourage the public from engaging in violence, local media report.

However, many South Africans are calling for the resignation of the Chief Operating Officer of SABC, Hlaudi Motsoeneng, who is blamed to be behind the policy.

ECR_Newswatch The right to know campaign has called for SABC COO Hlaudi Motsoeneng to resign. pic.twitter.com/JVrjSkctRh