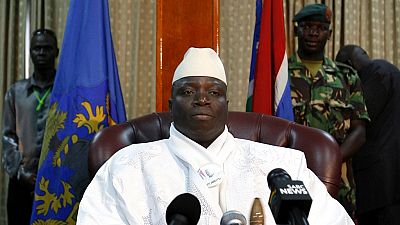 The cause of death of a leading opposition political figure in the Gambia has been disclosed medically as ‘shock and respiratory failure,’ according to a medical certificate of death.

Ebrima Solo Sandeng, the National Organizing Secretary of the opposition United Democratic Party (UDP), died in detention shortly after his arrest for participating in a protest demanding electoral reforms ahead of December’s presidential polls.

The medical report from the Serekunda Hospital said, he died a day after he was detained. The doctor confirmed that the primary cause of death was ‘shock’ with the secondary cause being ‘respiratory failure.’

The party confirmed his death after two days in detention but said that the cause of death was unknown, subsequently Amnesty International called for an independent probe into the death of Solo Sangdeng.

“The tragic death in detention of Solo Sandeng must leave no space for impunity. The authorities must conduct an immediate, thorough and independent investigation,” said Amnesty’s Sabrina Mahtani.

“Gambia must uphold the rights to freedom of expression and peaceful assembly, especially in advance of the elections. All of the peaceful protesters arrested by the authorities should be immediately and unconditionally released. Any who are injured must receive urgent medical treatment,” Amnesty’s West Africa researcher added.

The April 14 protest led to the arrest of some five members of the UDF after police dispersed the crowd. The arrested activists were taken to Mile 2 Prison and later to the National Intelligence Agency for interrogation.

Solo Sandeng dedicated many years of his life to politics in Gambia and was previously arrested in 2013 for his political activities.

Gambia goes to the polls in December to elect a president, incumbent Yahaya Jammeh who has expressed the intention to contest is widely expected to win the polls. The 50-year-old former military ruler has been in power since 1994 and has said he will rule for a billion years in response to proponents of term limits.

He sharply criticised suggestions that his tenure should be limited and pledged to continue being at the service of Gambians.

“This is a democracy and yet they speak of term limitations. Whichever western head of state or other leader wants to speak about term limitations… let them come to Gambia to talk to me,” Jammeh is quoted to have replied western leaders and rights groups.

The presidential election will take place on December 1 and will be followed by general elections on April 6, 2017.