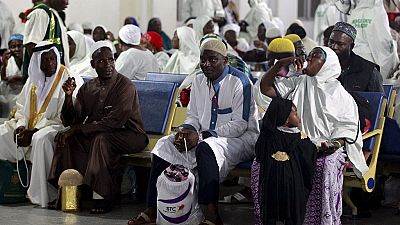 The ban on Sierra Leonean Muslims performing Hajj has been lifted by Saudi Arabia after two years since the deadly Ebola epidemic ravaged the West African country.

800 pilgrim places have been alloted to the country for its Muslim citizens to make the pilgrimage to Mecca.

The Hajj organizing committee of Sierra Leone which announced the decision of the host country welcomed the news but was not satisfied with the number of places given the country with a Muslim majority.

The government had requested an accommodation for about 3,000 pilgrims, but for lack of space, the Saudi authorities have not responded positively.

“The government had requested an accommodation for about 3,000 pilgrims, but for lack of space, the Saudi authorities have not responded positively,” a member of the committee told AFP.

He said they hope to negotiate the number of places to 1,600 participants.

Since 2014, Saudi Arabia banned Muslims in Sierra Leone, Guinea and Liberia – three countries most affected by the Ebola outbreak – from participating in the Hajj.

Sierra Leone has recorded 14124 reported cases of Ebola, 3956 deaths, and more than 4000 survivors who have not been able to return to their previous jobs. The country declared the end of Ebola human-to-human transmission on March 17, 2016.