Rio 2016: Glimmer of hope for Kenyan and Russian athletes 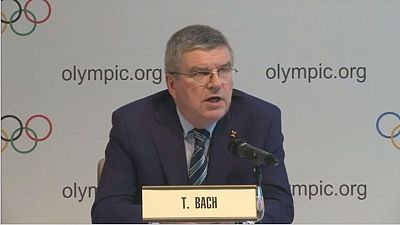 Kenyan and Russian athletes could still compete in the upcoming Rio Olympic games. They must however be individually declared eligible by their sport’s international federation.

The decision was taken at the International Olympic Committee’s summit in Lausanne, Switzerland on Tuesday.

The summit discussed the unsatisfactory state of compliance of countries such as Kenya and Russia to the World Anti-Doping Agency’s regulations.

“Therefore each athlete coming from these two countries will have to be declared eligible by the respective international federation following an individual procedure and an individual evaluation of the situation,” the president of the International Olympics Committee, Thomas Bach said at a media briefing.

IOC officials have called for a reform of the anti-doping system to ensure more responsibility, transparency and description of roles.

It has asked the World Anti-Doping Agency to convene an extraordinary conference on doping in 2017 for a frank talk on the controversies surrounding doping.