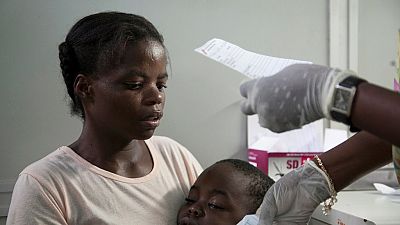 A yellow fever epidemic has been declared in three provinces of the Democratic Republic of Congo by the country’s Health Minister, Felix Kabange.

The move was necessitated by the fact that that Central African country had recorded 67 cases of the disease. The affected provinces include the capital Kinshasa, Kongo Central and Kwango.

The minister also disclosed to journalists that of the 67 cases recorded, seven were autochnous and five people had died as a result of the disease.

The World Health Organization had recently reported of a yellow fever case which originated from a local mosquito in Democratic Republic of Congo’s capital, Kinshasa.
That was the first direct case of the disease in the country given that most of those reported earlier were believed to have been imported into the country.

The global health body had been undertaking widespread vaccination of people in the country, despite reports that the global stockpile of vaccines were depleting and not being replaced.

‘‘Many people have rushed to get vaccinated including many people from districts that were not targeted for vaccination. This is good news because it means people understand the importance of vaccination,’‘ the WHO website reports.

WHO were quick to reiterate its call for concerted efforts by WHO and partners and manufacturers, to restock increasingly falling global vaccine stocks.

WHO also stated recently that outbreaks in DR Congo, Angola and Uganda were putting strain on its stockpile. ‘‘Yellow fever outbreaks in Angola, DRC & Uganda are placing unprecedented demands on vax supply for emergency vaccination campaigns,’‘ WHO tweeted.