Honduras has detained more than 100 African migrants, including some children.

The detention was carried out on Tuesday near the border with Nicaragua as they tried to make their way to the United States.

The migrants entered Honduras through the border of La Fraternidad, San Marcos de Colon, in the south, it was reported.

Immigration officers spotted the group walking along the Panamerican highway that connects the country and Nicaragua.

Migration authorities did not specify which countries they had come from but some 100 of them were said to be from Africa.

“We want to get through. That is why we are asking for an opportunity to the citizens and president of Honduras to let us through, so that we are able to continue as soon as possible because we have been travelling for a long time,” said an unidentified migrant.

A recurring situation, most immigrants entering southern Honduras do so through the border post of Guasaule. 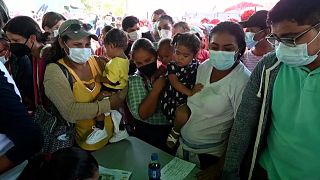 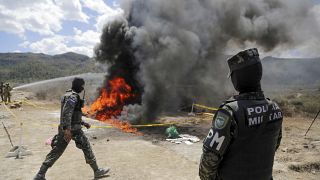