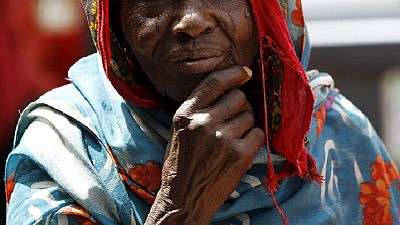 The United Nations Secretary General, Ban Ki-moon; has expressed strong revulsion at the tag of witchcraft hanged on older women, more often than not, making them targets of abuse in their families and communities.

This view was contained in his message on the occasion of ‘World Elder Abuse Awareness Day,’ a day set aside by the UN to raise awareness on the rarely reported subject of abuse of the world’s ageing population.

‘‘I am particularly alarmed by growing reports of older women who are accused of witchcraft, making them targets of abuse from their own families and communities,’‘ Ki-moon said.

I am particularly alarmed by growing reports of older women who are accused of witchcraft, making them targets of abuse from their own families and communities.

The Secretary General led the UN’s call for action by member states, ‘‘On this Day, I call upon Member States and civil society to strengthen their resolve and redouble their efforts to eliminate all forms of violence and abuse against older people.’‘

According to UN statistics, the global population of people aged 60 years and above was projected to hit 1.2 billion by 2025, more than double the figure of 542 million two decades ago.

UNSG calls upon Member States, civil society to redouble their efforts to eliminate all forms of #elderabuse. pic.twitter.com/sW0QmgQeag

The UN futher asserted that, ‘‘Elder abuse is a global social issue which affects the health and human rights of millions of older persons around the world, and an issue which deserves the attention of the international community.’‘

They also highlighted the underreported nature of adult abuse even though the phenomenon cuts across developed and developing countries. ‘‘Prevalence rates or estimates exist only in selected developed countries — ranging from 1% to 10%,’‘ the UN said.

“Tomorrow it may well be you”” UN rights expert calls on everyone to report elder abuse:https://t.co/PdfOEkcoqD pic.twitter.com/6jVMPNf4gU

The UN added that from health and social perspectives, there was the urgent need for primary health care and social service sectors to be adequately equipped to identify and deal with the problem, failing which elder abuse will continue to be under diagnosed and overlooked.

Pope Francis also had some words of encouragement for aged people the world over (who he described as elderly friends) The Pontiff used twitter to celebrate with them, he wrote, ‘‘Dear elderly friends, God does not abandon you; he is with you! With his help you are and you continue to be the memory for your people.’‘

Dear elderly friends, God does not abandon you; he is with you! With his help you are and you continue to be the memory for your people.

Across the world, as extended family ties continue to erode, elderly people are increasingly ‘abandoned’ by members of their family, either with little care or sent to aged homes where they are literally forced to spend the rest of their adult lives.

In worse cases, as is usually the case in developing countries, some the aged especially women are accused of witchcraft and sorcery and are mistreated as a result, some reports indicate that they are sometimes killed.