Lagos most expensive African city to live and work in 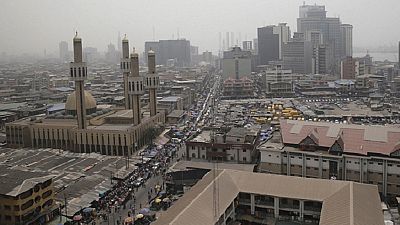 Lagos, commercial capital of Africa’s most populous nation, Nigeria; has been identified as the most expensive African capital and globally as the seventh most expensive city to stay and work.

Lagos comes after London (UK), New York (US), Hong Kong (China), Paris (France), Tokyo (Japan) and San Francisco (US). The estimated cost of living in Lagos per year was pegged at £45,109 (equivalent to over 13 million naira)

This is according to estate agent, Savills, who arrived at the figures through a comparative analysis of total annual cost of renting homes and office space per person, and with that publishing a list of the world’s 20 most expensive cities.

The productivity of cities and their value to global businesses clearly has a pronounced effect on demand and hence rental costs.

These are the most expensive #cities to live and work in https://t.co/f5yrRTtZS7 pic.twitter.com/EHkcU6GmLP

Capital of the United Kingdom, London, maintained its rank since July of 2014 as the most expensive global city, with living expense of £80,777 close to double the amount required to spend a year living and working in Lagos.

US Dominance plus continental stats

For Europe, only Paris and Moscow joined London on the list. Asia made a strong showing with Hong Kong, Tokyo, Shanghai, Dubai and Singapore with the sole representative for the Oceania region being Sydney.

According to Savills, its index is aimed at giving employers an idea of the cost of accommodating an employee in cities around the world. Its Head of World Research,Yolande Barnes, says: “The productivity of cities and their value to global businesses clearly has a pronounced effect on demand and hence rental costs.”

Barnes adds: “World cities can become a victim of their own success when rents rise to the point where affordability becomes an issue.”

Savills expects rising cities like Lagos, Mumbai and Rio de Janeiro to increase in supply of high-quality workspace, noting that this will be a crucial development for such investment destinations.

The index further brings to the fore, the development of smaller cities, such as Berlin and Dublin, which are “fast moving into the realm of world-class city status and competing with the giants in a new digital age”.