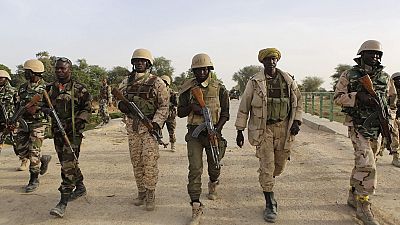 Security forces in Niger killed around 12 fighters of the Islamist militant group Boko Haram who launched an attack in the southeastern region of Bosso, close to the border with Nigeria, according to an army statement on Saturday.

“The vigorous reaction of the Defence and Security Forces of Niger put the enemy to flight. Around a dozen terrorists were killed and several dozen others were wounded and carried away by the fleeing attackers,” he said on national radio.

It was not possible to verify the casualty figures independently.

Local resident Ibrahim Chetima said townspeople sought shelter in the bush from the fighting, which began at around 5.30 p.m. (1630 GMT) and went on until 8 p.m.

Bosso is part of the Diffa region, which houses many refugees and internally displaced people who have sought to evade Boko Haram violence elsewhere. The region has been targeted numerous times in attacks blamed on the militants.

Boko Haram is headquartered across the border in northeastern Nigeria and seeks to carve out an emirate and impose a strict interpretation of Islamic law.