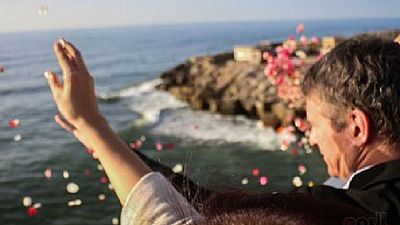 French lawmakers made a trip to Egypt’s Alexandria, where they honoured the memory of victims of last week’s plane crash with flowers, after meeting with their Egyptian counterparts on Wednesday.

The legislators threw the flowers into the Alexandria sea off the Stanley Bridge as a sign of their respect to the 66 people (passengers and crew) believed to have died after the crash, the Cairo Dailypost reports.

The bodies of the victims is still the subject of an intensive search by Egyptian, Greek and French authorities.

The meeting between the French and Egyptian legislators discussed issues ranging from the economy, security and cultural cooperation. It was held at the French consulate in the presence of the French consul and four Egyptian MPs Angie Mourad, Samir al-Batikhy, Haitham al-Hariry and Hosny Hafez who represented Alexandria.

Earlier this week, the Egyptian army released images of some parts of the plane that they had found during their search. But the hunt for the black boxes of the plane has yet to provide any positive results.

The authorities have also dismissed reports that seemed to suggest that the crash could have been as a result of an explosion. Egypt has held memorial services for the crash victims.