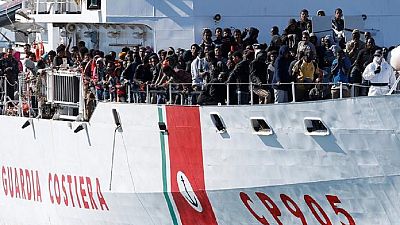 The European Union Committee charged with overseeing the end of migrant smuggling in the Mediterranean is proving to be difficult.

According to a report published by the House of Lords on Operation Sophia, a mission aimed at the criminal networks -human smuggling and trafficking, smugglers continue to bring migrants to Europe in any meaningful way.

“The intelligence gathering phase of Operation Sophia has been useful, but only limited situational awareness can be gathered on the high seas. Significant gaps remain in Operation Sophia’s understanding of the smugglers networks and the modus operandi of those networks in Libya,” a excerpt from the assessment of Operation Sophia.

Our inquiry has convinced us that it cannot be considered in isolation from the global phenomenon of mass migration.

The report said a broader approach will be required in the longer term as Operation Sophia is a limited operation with limited objectives.

“Our inquiry has convinced us that it cannot be considered in isolation from the global phenomenon of mass migration, the implications of which go far beyond the scope of this brief report on Operation Sophia,” said the report.

In June 2015, the EU launched Operation Sophia aimed at curbing migrant inflows. This was necessitated after a series of disasters in which hundreds of migrants drowned while trying to cross from Libya to Italy.

Since then, about 14,000 migrants have been rescued and more than 100 smuggler’s boats seized. Furthermore, dozens of suspected traffickers have been arrested by Italian authorities.

According to UN refugee agency UNHCR, almost 200,000 migrants arrived in Europe by vessels this year.

While migrants to Greece appear to have decreased since February, Italy is starting to record a greater number of daily migrant arrivals this year.