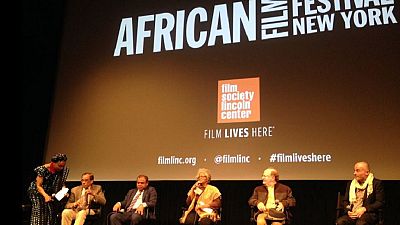 For the 23rd year, the New York African Film Festival provided an audience for films that can sometimes have trouble finding viewers.

This year 52 films were selected to be shown at the event that ran from May 4-May 10 at the Lincoln Center.

“We have 52 films and believe me, we had a selection of maybe double that. And 52 films from 26 countries,” said festival founder and executive director, Mahen Bonetti.

This year’s edition put more emphasis on the correlation between activism and art; embossed with documentaries on the rap music history, life after the Rwandan genocide and pan-Africanism.

Despite the fact that the African film is gaining a new face, actor Jimmy Jean-Louis says that the continent’s cinema scene has a long way to go.

“It’s true that the heart of Africa is lacking theatres. Congo doesn’t have any. Cameroon doesn’t have any. Senegal has a few, Ivory Coast a few. So it’s not enough, you know, we need to build that infrastructure and I guess that is up to us. Just to come together and see what works – not just for us now, but for us in the future, for the next generation,” he said.

Jean-Louis noted that more resources and funding needed to be pumped into Africa’s film and theatre arts, as he feels that the industry’s future is bright.