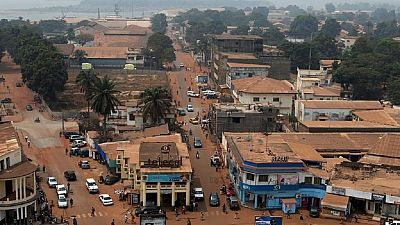 Parliament started work on Tuesday for the first time in the Central African Republic following a peaceful vote aimed at ending the spiral of inter-communal unrest that has displaced more than 400,000 people.

128 MPs among a total of 140 have been elected for a 5-year mandate. By-elections will be held on 15 May to complete the process.

The new lawmakers – who had been elected following the expiry of the transition period – gathered for the first time on May 3, within the grounds of the National Assembly in Bangui.

This is once again a victory for democracy in Central Africa following the success of the electoral process.

Besides the MPs and their supporters, ordinary citizens attended the crucial session in the country’s democratic life.

“This is once again a victory for democracy in Central Africa following the success of the electoral process,” said Aaron Grengbo, a law student.

The session opening happened slightly over a month after the inauguration of President, Faustin Archange Touadéra, on March 30 and marked a new chapter in the establishment of the newly elected authorities.

The elected officials know that their task will be immense.

“We have to face the challenge of development. The Central Africans have embraced democracy and we must not disappoint them,” said Emilie Beatrice Epaye, an MP for Markounda.

In the coming days, the new Assembly will appoint the Executive Board members and, on Friday, elect their Chairman.