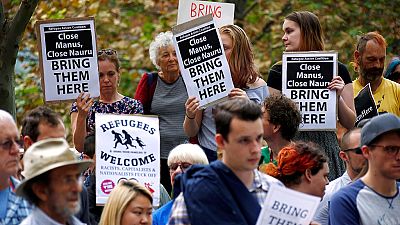 Australia refuses to change its refugee policy after a Somali woman seeking asylum set fire to herself in protest over her detention.

The 21-year-old is said to be in a critical condition. It’s the latest immolation by a refugee in Australian custody. Last week, a 23-year-old Iranian man died after setting himself alight. Australia’s immigration minister blamed refugee advocates for inciting such acts of self-harm.

“It is of grave concern that this person would resort to such an extreme act of self-harm. I have previously expressed my frustration and anger frankly at advocates and others who are in contact with those in regional processing centres and who are encouraging some of these people to behave in a certain way, believing that that pressure exerted on the Australian Government will see a change in our policy in relation to our border protection measures,” Peter Dutton, Australian Immigration Minister said.

The detention centre on Nauru where the Somali woman was being held is one of several off-shore camps operated by Australia.