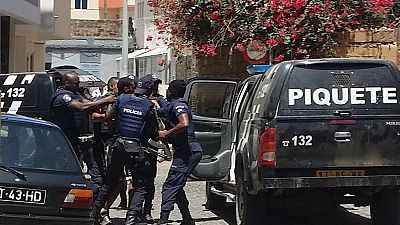 Police in Cape Verde have captured the suspect in the shooting of 11 people at a military barracks on Tuesday in the capital Praia, the island’s government confirmed on Wednesday.

The suspect, believed to be a soldier, was reportedly missing after killing 8 other soldiers of his detachment, a Cape Verdean civilian and 2 Spanish technicians working at the barracks at the time.

The government expressed condolences to families of the victims and assured of its commitment to improve the security system in the country.

Further details about the suspect were not released but the government acknowledged the rapid intervention of the police and military in the capture of the perpetrator of the barbaric act.

Meanwhile, reports say Wednesday and Thursday have been declared as days of national mourning in the archipelago off the northwest coast of Africa.