'Miles Ahead' and Don Cheadle's portrayal of jazz icon 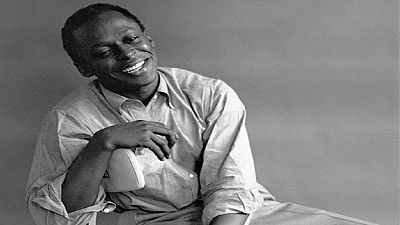 A popular jazz saying, particularly the ‘cool jazz’, popularized by Miles Davis, has it that “it’s the notes you don’t play” that are as important as the ones that you do.

In the biopic ‘Miles Ahead’, you will not comprehend Davis’s whole life at the cinema, rather, look for the scenes that were not filmed.

I said, let's figure out a way to find him at a time where he is not playing but trying to figure out what to play.

Actor and Director, Don Cheadle, in his filmmaking debut, brings to life the troubled times of the late jazz maestro.

“I said, let’s figure out a way to find him at a time where he is not playing but trying to figure out what to play, and create an experience that this tornado starts swirling around and he finally is spit out of it and has his voice again,” Cheadle said.

Cheadle’s mimicry in the movie is outstanding and succeeds in giving sketches of Davis drawn from one of his toughest periods in the 70’s.

Ewan McGregor co-stars in the movie as a fictional music writer who pushed his way into Davis’ orbit in hopes of writing a comeback story that would end the mercurial musician’s half-decade of self-imposed seclusion.

Birth of the uncool: Why 'Miles Ahead' succeeds https://t.co/TVIE33qsIa pic.twitter.com/l29ecmk3zv

According to critics, the flick’s intentionally meandering structure and clever use of editing make this one of the few movies in which you eagerly anticipate the next transition.

Miles Davis died of pneumonia, respiratory failure and a stroke in 1991 aged 65.