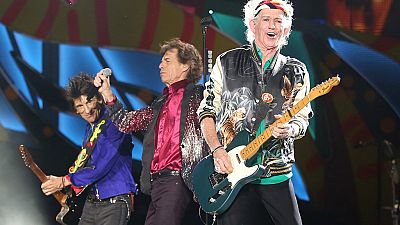 The band held a two and a half hour performance in an open air sports complex in the capital Havana, that attracted about half a million rock fans.

Mick Jagger welcomed fans in Spanish before opening the performance with the 1968 hit Jumpin’ Jack Flash.

The crowd erupted during songs like “Out of Control” and “Satisfaction,” with people of all ages singing along to the choruses and jumping up and down in rhythm.

Fans travelled from many parts of Cuba and other countries to witness what some described as a historic moment.

“It has been unique and historic. I was very moved to see them, “ said one of the fans.

The free gig is being seen as another sign of real change on the island.

The Rolling Stones officially tweeted that gratitude to Cubans for making the show a memorable one.

Thank you Cuba for an incredible, unforgettable show! It was wonderful to see all of you! Photos D Hogan#StonesCuba pic.twitter.com/bhM9zCf6gE

Cuba’s government had banned most western rock and pop music, which was deemed decadent and subversive, until about 15 years ago.

The concert comes days after a historic visit by US President Barack Obama.