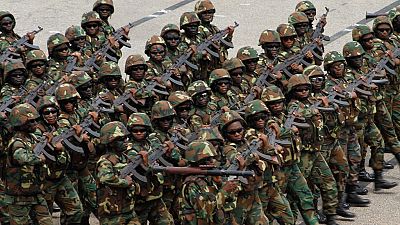 According to the Council, on the basis of information it had from the intelligence agencies and allied partners, it had determined that there is a credible terrorist’s threat to all countries in the sub-region.

The Council reviewed its anti-terrorism preparedness, joint services operations and other measures to ensure the safety of the citizenry.

President John Dramani Mahama who heads the NSC called a meeting at which the security situation in the country was reviewed following the Grand Bassam attack and earlier attacks in Burkina Faso and Mali coupled with extremist activities in the subregion.

The Council therefore urged the public to be vigilant and to report any curious or suspicious activities to the relevant law enforcement agencies.

Ghana’s Communication Minister, Edward Omane Boamah, in a statement after the meeting urged nationals and foreigners alike to bear with the security measures that could be put in place in the interest of public safety.

“The Council reviewed its anti-terrorism preparedness, joint services operations and other measures to ensure the safety of the citizenry.”

“The Council further urges all Ghanaians and other nationals resident in Ghana to bear with security measures that may be enforced at various locations from time to time for the purpose of public safety,” portions of the statement read.

Ghana shares its western border with Ivory Coast, where Al-Qaeda in the Islamic Maghreb (AQIM) dispatched three gunmen over the week in an attack that led to the death of 15 civilians and 3Ivorian security forces.

The Ivorian Minister of Interior also confirmed that all three attackers were also neutralized.

Burkina faso, another neighbour of Ghana to its north, was attacked by Al-Qaeda late last year, resulting in the loss of lives at the Splendid hotel in Ouagadougou. The group has meanwhile issued a statement saying it would attack all countries that ally with France in anti-terrorist combat in the subregion.