Malawi destroys $3 million worth of ivory 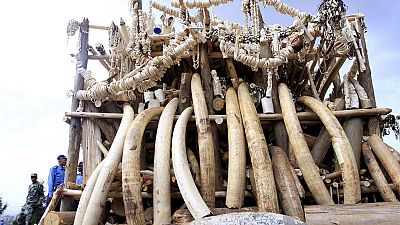 More than 700 tons of elephant tusks have been destroyed in Malawi on Monday, following a court order.

The tusks were smuggled into the country from Tanzania following a cross-border dispute over whether the tusks should be kept as evidence against poachers.

“This is a milestone for Malawi. We will not allow the country to be exploited as a market of this illegal trade. We want to demonstrate to the world that the country is committed to eradicating wildlife crime,” Bright Kumchedwa, Director of Malawi’s Parks and Wildlife Department told AFP.

Earlier this month, a Malawian court ordered wildlife authorities to publicly destroy the 781 pieces of ivory valued at about $3 million.

Tanzanian authorities had delayed the burning since September last year after securing a three-month court order to postpone the action. They however did not seek a further delay.

Malawi still has another four tonnes of ivory it plans to destroy.

In the recent past, the country has been identified as a key transit route and distribution hub for illicit ivory due to its location between Tanzania, Mozambique and Zambia – countries worst hit by poaching.