Historic search for life on Mars set to takeoff 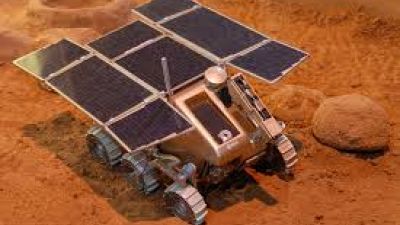 The hunt for life on Mars is set to begin with rocket due to be blasted in mid-March.

The European Space Agency will start the ExoMars mission, scheduled to take off from Baikonour in Kazakstan.

Rocket rollout – our #ExoMars 2016 mission is at the launch pad! Photos: https://t.co/xKATcP0Cct pic.twitter.com/TFA9ZchBwr

ExoMars is the dream mission. It is a mission where we are expecting to get the answer to the question we have about Mars

The estimated time of arrival, after a seven-month journey, is in October.

The Schiaparelli module, named after the 19th century Italian astronomer, will land on the Martian surface as the Trace Gas Orbiter goes into orbit to study the planet’s atmosphere.

The ExoMars Programme is led by the European Space Agency (ESA) in collaboration with the Russian Federal Space Agency.

“ExoMars is the dream mission. It is a mission where we are expecting to get the answer to the question we have about Mars,” said Álvaro Giménez, Director of Science and Robotic Exploration, ESA.

The main objectives of this mission is to search for evidence of methane and other trace atmospheric gases, that could be signatures of active biological or geological processes.

It will also test a number of essential flight and on site technologies necessary for future exploration missions.

These will include the entry, descent and landing of a payload on the surface of Mars, surface mobility with a rover and sample acquisition, preparation, distribution and analysis

The programme consists of two missions. The next one, scheduled to be launched in 2018, includes a rover that will carry a two-metre drill and instruments dedicated to exobiology and geochemistry research.

The rover’s mission will be to search for possible fossils, digging much deeper into the Martian surface than has ever been done before.