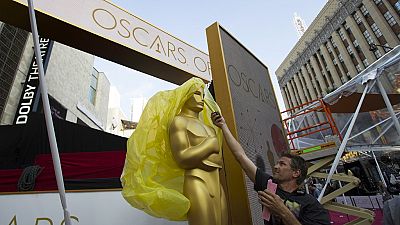 A new study by the University of Southern California on the Oscars suggests that the diversity issue is just part of a larger inclusion crisis in the entertainment industry.

Results from the study indicate that only 22 percent of more than half of all the featured stories did not have black characters at all while women had only 28 percent of speaking roles.

“Across the 414 films, television shows and digital series that we evaluated, over 20 percent didn’t have one black or African American speaking character. Over 50 percent didn’t feature one Asian or Asian American character. Across 11,306 speaking characters, across the entire study, only a third were girls and woman and only 229 were LGTB. So we’re seeing a real lack of inclusivity across the broader ecology,” said Professor Stacy L.Smith.

The Academy of Motion Picture Arts and Sciences announced its plans to double numbers of minority members and women of the Academy by 2020.

The Academy has been criticised for what has been described as an “all-white line up” with some celebrities announcing they will skip this years award ceremony for the lack of diversity.

“Oscars still so white, so male, so wrong” https://t.co/Tn1cEEQdC4