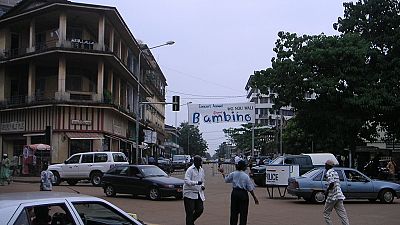 Trade Unions in Guinea have called off their indefinite strike which was started on Monday, February 15.

The strike which was to demand better working conditions and a reduction in fuel prices, disrupted economic activities in many parts of the country.

Amadou Diallo of the CNTG who made the announcement added that discussions were still ongoing with government and employers.

The suspension of the industrial action follows a satisfactory commitment from government and management to twelve out of thirteen demands presented by labour.

The only point that the parties failed to reach a consensus on was the reduction in fuel prices.

According to a new agreement signed by representatives of labour, employers and government, a new salary scale will be adopted at the end of June and it is to take retrospective effect from January 1, 2016.

Pensions are also to be revalued. A union source told the AFP, any official who is due for retirement will also receive a severance pay.

The agreement also covered premiums for workers of Education and Health, facilities for accessing social housing and a reduction in police harassment among others.

There was also an agreement not to punish civil servants who observed the strike. A memorandum of understanding asked that the civil servants be paid their full salaries.

Meanwhile, all trade unionists who were arrested on Thursday have been released.

A USTG official Oumar Barry on Thursday told the AFP that “at least 16” trade unionists had been arrested in connection with clashes in some neighborhoods in Conakry.

The 5-day-old general strike paralyzed activities in Conakry and other major cities including Labé, Mamou, Kindia and Kissidougou.