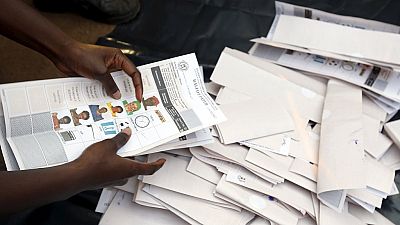 International election observers warned Thursday that hours-long delays in delivering ballot papers in Uganda’s national elections would not “inspire trust” in the polling.

“A delay of an hour or two is excusable. Delays of three, four, five and even six hours, especially in Kampala, are absolutely inexcusable and will not inspire trust and confidence in the system and the process,” Olusegun Obasanjo, the head of the Commonwealth Observer Group in Uganda said.

Obasanjo, a former Nigerian president, is leading a 13-member team from across the Commonwealth.

People are excited by this particular election and this is demonstrated by the number of people at least at the polling station where I have been to.

Voting in Uganda was due to begin at 07:00 am but was stalled for several hours in some polling stations in parts of the city where ballot boxes and papers did not arrive on time.

Support for the opposition is traditionally strong in the capital.

There was however calmness in Kampala as Ugandans take to the polling stations and waited patiently to vote despite the long queues witnessed across the country.

“People are excited by this particular election and this is demonstrated by the number of people at least at the polling station where I have been to,” said Crispy Kaheru, an election observer.

Africanews correspondent in Uganda, Raziah Athman said there was frustration among a section of Ugandans after realizing that the government had shut down internet services and mobile money transfers on the election day.

More frustration piled up when voters experienced a delay in the voting process. In some areas, local media in Uganda reported that voting started after a five-hour delay.

According to Agence France-Press, police fired teargas in some areas where voters had started shouting from the delays experienced.

Over 1,200 observers are spread across the country to watch an election that is challenging Yoweri Museveni`s thirty-year rule.

“It is very calm, people are lining up waiting patiently. It seems that the process is functioning well, the biometrics is functioning and people seem to have the cards and are registered. Some voters turned up as early as 6:00a.m for the crucial vote,” said Eckey Susan, Ambassador of Norway to Uganda.

The presidential race, which has been deemed Uganda’s most competitive ever, pits incumbent Yoweri Museveni against seven opposition candidates, including his former Vice President Amama Mbabazi as well as his former military officer and physician Kizza Besigye.

A total of 15.2 million people are registered to vote and will decide whether the National Resistance Movement will step into their fourth decade as the ruling party.