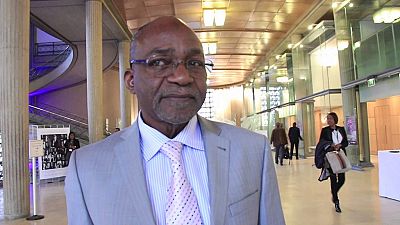 Leader of Chad’s opposition party National Union for Democracy and Renewal (UNDR) has denounced the arrests of dozens of youth protesters on Saturday in the city of N’Djamena describing them as “draconian.”

In a statement, Saleh Kebzazo, demanded the immediate release of the unconfirmed number of demonstrators.

The peaceful march, organized by associations for youth, “was previously announced, the course known and those responsible identified. It is a legal activity… The demonstrators were brutalized by police,” read the statement.

The protest came after the violent dispersal by police of one hundred young graduates who were demanding their integration in the public service.

According to the spokesperson of the national police, Paul Manga, the protesters were arrested for disturbing the public order and that the march had not been authorized. “They must be brought to justice,” he said

Led by President Idriss Deby Itno for 25 years, Chad is ranked among the 10 poorest countries in the world despite its oil revenues, according to the Human Development Index (HDI ) of the United Nations.

After the discovery of oil deposits in 2003, oil revenues enabled the country to modernize its military, acquire a better road network and build many public buildings. But improving the living conditions of the population did not follow.