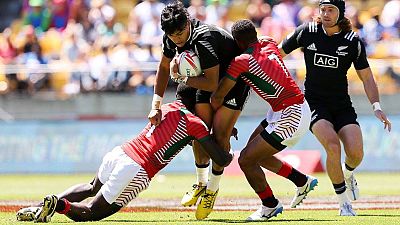 The final squad have been confirmed for the 16 competing teams at the fourth round of the HSBC World Rugby Sevens Series in Sydney this weekend, with no significant changes for African representatives Kenya and South Africa.

With the series continuing after three pulsating events in Dubai, Cape Town and Wellington last week, Sydney will host the Australian round of the series after it was moved from Gold Coast.

According to World Rugby, the top three sides have all made some changes. Tim Agaba has replaced Justin Geduld for South Africa, Fiji’s Viliame Mata coming in for Emosi Mulevoro and Dylan Collier joing last week’s champions New Zealand in place of Sam Dickson.

South Africa lead the series with 54 points having made the last two finals ahead of Fiji (52) and New Zealand (47), and captain Philip Snyman said: “Unfortunately we lost in Wellington, but we left that there the minute we stepped on the plane and we’ve had some good sessions here. The guys have good spirits, smiles are up and we are hoping for a good tournament in Sydney.”

During last week’s Wellington leg, Kenya were bundled out of the main cup competition, after a 36-0 thrashing by hosts New Zealand, before going down 35-14 against Argentina in the plate semi finals. They picked twelve points in Wellington, bringing their total to thirty two this season.

In the same tournament last week, South Africa’s Blitzboks came agonizingly close to claiming their second title of the Sevens season with a narrow 24-21 to New Zealand in the final. But the highlight of the tournament was dubious refereeing that got under the skin of many fans, raising questions about the consistency in officiating in these tournaments.

Kenya and South Africa have been polled together in Pool B, alongside Scotland and Russia.