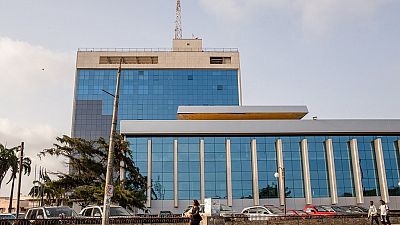 The central bank of Ghana has maintained its key interest rate at 26% after citing moderation in the pace of consumer inflation.

The bank had raised the rates thrice in 2015 to curb soaring inflation.

Folks in SA complain of interest rates going up,

While speaking to the media, the Governor Kofi Wampah said the slower pace of inflation reflects the tight monetary policy stance and the ongoing fiscal consolidation in the country.

The west African nation is currently under a 3-year austerity programme with the IMF to support the economy currently facing high fiscal and public debt, soaring inflation and an energy crisis that has bedeviled the country in the last four years.

Inflation in the country has stayed above 17 percent since June, one of the highest in the west African region.

“Going forward, the committee expects the slower pace of price changes to continue and steer inflation down towards the medium target band of eight percent, plus or minus two percent,” Wampah said.

Ghana, which is a major exporter of gold and oil is preparing to hold presidential and parliamentary elections in November.

The polls are expected to produce a tight race between President John Mahama and Nana Akufo Addo of the main opposition, New Patriotic Party.