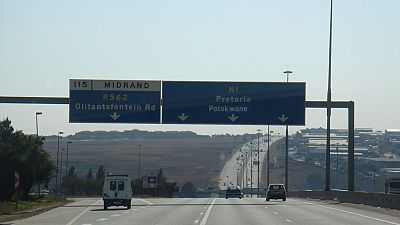 <p>More than 1,700 people were killed in road accidents in South African during the end of year celebrations. Compared to the same period a year ago, the number of road accident casualties have increased by 14 per cent according to official figures released on Tuesday.</p> <p>Despite a national campaign against road accidents, 1755 deaths were recorded from December 1 to January 11.</p> <p>“We can not sleep soundly when the thousands of travelers are killed by irresponsible motorists,” the Minister of Transport Dipuo Peters, told a news conference in Pretoria.</p> <p>Over speeding, drink driving, reckless overtaking, vehicles in poor condition, lack of seat belt use were attributed to the carnage on the road.</p> <p>Over 6,000 motorists were arrested for driving while intoxicated, and police stopped 5,710 vehicles unsuitable for the road.</p> <p>“There are on the road a totally unacceptable number of vehicles that should not move,” the Minister added.</p> <p>South Africa remains one of the worst performers on the continent in terms of road safety, drink driving, lack of infrastructure and police corruption rendering ineffective the government prevention efforts.</p> <p>About 35 people are killed every day in the country,and about 13,000 per year.</p>