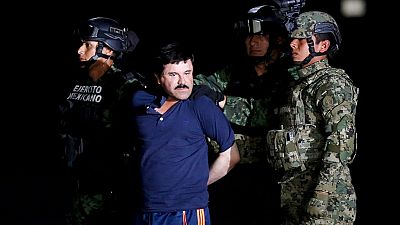 Guzman, the head of the infamous Sinaloa Cartel who Mexico first caught in 2014, was captured in an early morning raid in the drug baron’s native state of Sinaloa, a government security source said.

“Mission accomplished, we’ve got him,” Enrique Peña Nieto tweeted. “I want to inform the Mexican people that Joaquín Guzmán Loera has been arrested.”

Mission accomplished, we’ve got him.

A government spokesman had no further details immediately of the capture which reportedly happened in his northern home state of Sinaloa. It was believed to have been carried out by the marines, likely with US intelligence.

Local media reported that six other people had been arrested with him.

Guzman staged his jailbreak in July when he escaped through a mile-long tunnel which burrowed right up into his cell, heaping embarrassment on Pena Nieto’s government.