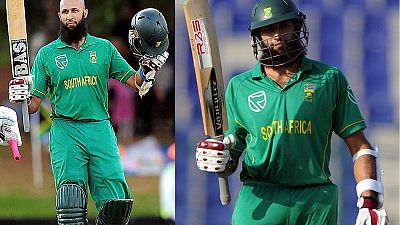 Hashim Amla has resigned from his position as captian of South Africa’s cricket team after a second test game with England which ended in a draw.

The 32- year old has not been on top form but feels his experience matters,“naturally this decision is not an easy one but the more I think about it the more I believe I can be of greater value as a fully focused batsman and senior player at this time of rebuilding the team,” he said.

He has handed over the relay baton to AB de Villiers who looks forward to the third test to take place in Johannesberg on January 14.

De Villiers was quick to pick up the opportunity,“It is an incredible honour to captain South Africa in any format. This has come at short notice and is the fulfilment of a life long dream,” he said. The new captain is looking forward to ensure victory for his team in a memorable series win against England.

“I felt someone else could do a better job. I made my decision two weeks before the first test against England. It was not an easy one to make but I felt I needed to be true to myself,” Hashim explained.

Amla took over from Graeme Smith in June 2014 and has been influential in four wins, six draws and four defeats in 14 tests.

Haroon Lorgat who heads South Africa’s cricket team reacted after getting the news,“he still has a huge role to play in shaping the success of our team,” he said.

England’s cricket team also felt bad about Hashim’s decision to resign,“You are under pressure as a captain for a lot of time. It is always sad when someone steps down because to captain your country is a huge honour and a real privilege,” Alastair Cook, England’s captain said when he learnt of the news.

Meanwhile, two of South Africa’s players have health problems. Vernon Philander has an ankle injury while Dale Steyn influential in the attack line is expected to meet a specialist to find solutions to his shoulder problem.