UN envoy to Palestine resigns over Israel's 'denial of access' 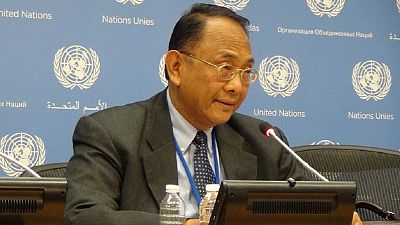 The United Nations Human Rights Envoy to Palestine, Makarim Wibisono, has submitted his resignation letter citing Israel’s refusal to grant him access to the West Bank and Gaza.

The Special Rapporteur’s requests for access both in writing and verbal were never successful.

I took up this mandate with the understanding that Israel would grant me access, as an impartial and objective observer.

“With no reply from Israel to my latest request in October 2015 to have access by the end of 2015, it is with deep regret that I accept the premise upon which I took up the mandate, which is to have direct access to the victims in the Occupied Palestinian Territory, will not be fulfilled,” the Special Rapporteur wrote.

Mr. Wibisono expressed regrets over Israel’s refusal to grant him access to the Occupied Palestinian Territory to analyse humanitarian conditions. “I took up this mandate with the understanding that Israel would grant me access, as an impartial and objective observer,” he wrote in a statement.

He further voiced his concern over lack of effective protection of Palestinian victims, the endless human rights violations and violation of international humanitarian law.

“I reluctantly wish to pass the baton to a successor selected by the Human Rights Council. It is my sincere hope that whoever succeeds me will manage to resolve the current impasse, and so reassure the Palestinian people that after nearly half a century of occupation the world has not forgotten their plight and that universal human rights are indeed universal,” said Mr. Wibisono.

In contrast, Wibisono praised the Palestinian administration for fully complying with the mandates.

Makarim Wibisono was designated by the UN Human Rights Council in 2014, as the sixth Special Rapporteur on the situation of human rights in the Palestinian territories since 1967. This mandate was originally established in 1993 by the UN Commission on Human Rights.