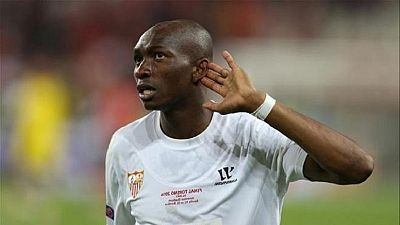 Cameroonian star Stephane Mbia could be headed out of his current Turkish club Trabzonspor.

The Indomitable Lions captain is exasperated by the delays in payment of wages and bonuses in the club. According to the Turkish newspaper “Hurriyet”, Mbia has sought an amicable separation with his current club.

Since the 2014 season, the club has been hit by serious financial difficulties that have prevented it from honoring its contractual commitments. This has led to the departure star player such as Portuguese Jose Bosingwa, Guinean Kevin Constant and Algerian Carl Medjani.

According to the Turkish newspaper "Hurriyet", Mbia has sought an amicable separation with his current club

Other stars like Oscar Cardozo from Paraguay and Belgian Luis Pedro Cavanda could also leave the Turkish club. The team is currently ranked 9th in the “Süper Lig” Turkish football championship, 17 points behind leaders Besiktas.

Stephane Mbia committed in June 2015 with Trabzonspor when he signed a three-year contract for an annual salary of about two million euros, from FC Sevilla, with whom he won the Europa League on two occasions.